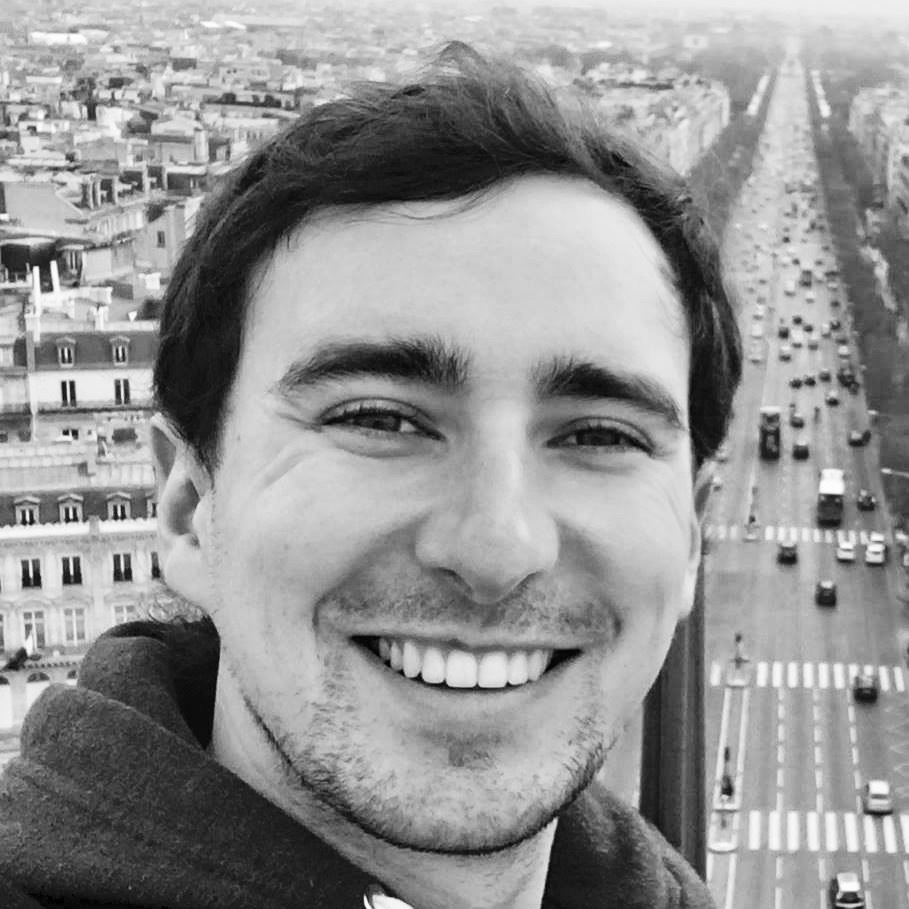 Anyone can come up with an idea for an app - but it takes something much more to turn that idea into a reality. 8bytes, based on Harcourt St. in Dublin helps businesses large and small to build apps and fix problems. I met with Co-Founder of 8Bytes, Peter Barrett, to hear his experience of starting a business in Ireland with three of his friends.

Tell me in your own words - Peter what exactly does 8bytes do?

The kind of work we do involves new ideas and apps and working with people who are starting a technology company for the first time or adding new products to their current business. That's the core of it. Working with startups or people who just got funding to take their idea from just an idea to a real world product and get it launched. Lately we're looking more into the marketing side of things. We've seen a lot of products built in Dublin just not take off because of poor digital marketing. It's something that people don't have much budget left over for after building a product so we want to help with that.

So people are coming to you with an idea for their app and you bring that right up to production. How does that process go?

We have an initial meeting and then we normally do a proposal with a number of options for them and we go from there. They select the option they want and we start into designs and prototyping. Once the client is happy with the high fidelity designs we begin to build out the product based on user feedback.

One thing that I love about 8bytes is that you guys are a group of friends who started this business together. How did you decide 'this is the group of people that I want to start a business with?'

We set 8bytes up in our third year of college. We were all talking about what we'd like to do. Eoin (O'Connell, Technical Director of 8bytes) had started in iOS development (developing apps for Apple devices) and the rest of us wanted to try that out. We realised that there was a market for making apps so we got our first client pretty quickly and incorporated as a company. It just all came from chatting about what we'd like to do, not working for other companies and the fact that there were so few companies that would allow us to do what we wanted to do at the time. iOS development wasn't really a big thing in Ireland back then. It came down to us all having similar interests and the same thought process.

You all came from technical backgrounds so when it came to actually setting up your business and taking care of the logistics was there a knowledge gap there?

Setting up the company was relatively easy, you can hire companies to help you out with all the paperwork. You just need to divide up the shares, sign the documents and you're good to go. It's a pretty quick process when you're a small company.

We did find that nothing online really covers how to start a company in Ireland very well, you just have to read through the CRO website (Company Registration Office) and find a company that will get you set up. There's plenty of them out there. When we were in college we spoke to a few friends who studied Commerce and they had no idea how to set up a company! It was surprising that it's not something taught on a commerce degree.

At the end of the day as long as you have a good idea all of those logistical things are really tiny problems. There's people out there who'd let those issues put them off starting their own business. Paying taxes and having to get your accounts done every year is annoying when you want to focus on growing your business but it's important to get those jobs done.

After setting everything up - how did you decide who would do what? Did people just naturally fall into their roles?

We kind of naturally fell into our roles at the start. When there's only four of you starting out and so much to do it just depends on who wants to do what. It wasn't a big issue for us. I take care of the server side stuff and some Android development. Eoin does iOS and Android, Brian does iOS primarily. Adam does UI, UX and design. We then split up the business side. So for example Adam would take care of the accounts and we all split up the business development side of the business. It worked out nicely, it's a good sized team.

So I know a big thing for a lot of businesses is that they need to get that initial funding to get started. If they do get it that often means they need to give up some equity of their business. But you guys didn't have to do that?

Well it's different for us because when you're setting up an agency style company you don't necessarily need funding. We just needed our laptops to get started. We got our first clients and then we got an office. More clients came from the good word of our first clients. It carried over through word of mouth.

If you're building an actual product - depending on if it's consumer focused or B2B focused - realistically you would need to go and get funding. To open a restaurant can cost hundreds of thousands of euros to do it properly. Over the first few years you need to spend the money to get people to start coming. It's no different with a tech company that's consumer focused trying to get people to actually use your app. All the marketing and the work you put into it costs a huge amount of money and that's definitely something that people don't realise.

Not really, no. It's definitely a lot more challenging than just working for another company. We've all worked jobs for a number of years and this is definitely what we want to be doing at this point in our lives. This is the perfect time to do it without the responsibilities of kids, mortgages or anything like that.

What advice would you give to a group of friends out there that's interested in starting a business together but are maybe a bit apprehensive to get started?

Just get your market research done and find out if there's market for your idea. I wouldn't recommend anyone to just quit your job and go for it without doing the research first. Unless you have loads of savings, then you can do whatever you want really!

Lots of people can't buy houses at the minute because of the whole mortgage system that only allows you to borrow three and a half times your annual wage. If you've decided that you've got this big deposit sitting there and an idea it's up to you if you want to take 6 months off work and take that risk. Get a basic landing page up and try to get people to sign up/fill out questionnaires. Then if you think you're onto something just put as much time into it as you can. I guess it depends on your skill set really, there are so many variables. That's why you should come and talk to 8bytes!

Starting your own business is really challenging and interesting. You meet people in all different kinds of industries and see the types of problems they have. It's a great job from that point of view. If I was just a developer in any other company I wouldn't really have the opportunity to meet so many people across all the different industries and see their problems first hand. That communication with clients is really nice and it's not something you'd get elsewhere. That's why I do what I do.